Churchill Would Say Wear a Mask For Victory

This is a Covid-19 message for Melburnians—and any other Australians or people around the world who wish to listen—because there’s another 18 months in this pandemic fight to go, and it doesn’t matter where you live.

Let me try to put this in historical terms. Right now, Australia is in the Dunkirk Phase of Covid-19. Australia as a nation is a long way off from being able to quote Winston Churchill when he said in 1942:

Now is perhaps the end of the beginning.

For that was the speech Churchill had to give first before ever reaching his concept that World War Two had glimpsed the end of its dawn.

It took two years for Winston Churchill to give that speech. Two years between the Allied defeat on the beaches of Dunkirk in 1940 and Allied victory in the deserts of El Alamein in 1942—what became the turning point of the war.

Why bring this up at all? Never forget, Australians participated in that victory on the Libyan and Egyptian battlefields. These were The Rats of Tobruk. These soldiers kept a virus named Rommel on the run. These soldiers then became the treatment that smashed the barbed wire and minefields in a blaze of artillery that finally sent the Germans reeling from Egypt all the way to Tunisia, where Rommel’s Afrika Korps met its inglorious existential end.

If you think that wearing a mask is a sacrifice today—remember what those Aussies lived through in 1941-42: cut off, riddled with flies, scorched by a merciless daytime desert heat and bitten by freezing desert nights—so you get to wear a face mask in a free country 80 years later.

Covid-19 is a pandemic war. And in wartime, Aussies pull together—mates. So, wear your masks. Aussies know what they’re up against. As before, they can set a beacon for the world.

While our war has only just begun, if you want some inspiration from those uncertain days in 1940, watch the movie Darkest Hour: see if you can sense any similarities between the politics, defeatism, patriotism and determination of that time and now. 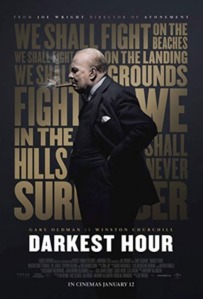 Alas, we have no Churchill among our political ranks but hope is a self-perpetuating thing.